Binding Financial Agreements: are they worth the paper they’re written on? 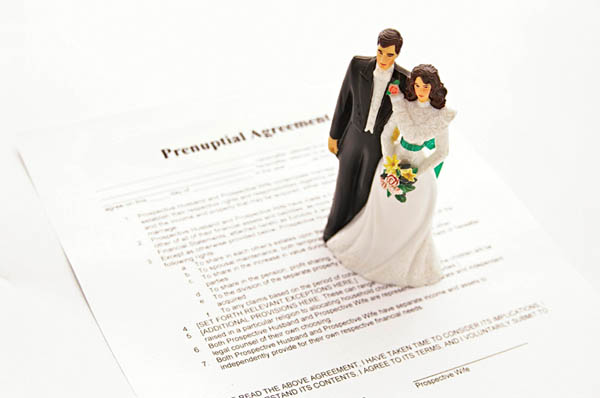 Three types of financial agreements may be made:

Provided the agreement has been properly drafted and executed and it meets the requirements set out in the legislation, it can prevent the Courts from interfering with the agreed property distribution and provide certainty at the time of the breakdown of any relationship.

A pre-condition to a financial agreement operating to oust the jurisdiction of the Court is that the agreement is binding on the parties. The enforceability of financial agreements has been questioned in recent years, resulting in many of them being set aside by the Court, which has left many doubting their place in family law.

How do they work?

Essentially, parties to a financial agreement ‘contract out’ of the provisions of the Family Law Act 1975. Having such an agreement in place can save significant costs if the matter required extensive settlement negotiations or proceeded to Court. It also provides the parties with the certainty and security that the assets they accumulated prior to the relationship will be protected.

When can a financial agreement be used?

Financial Agreements can be used:

Financial agreements as a tool to protect inheritance

Over the next 20 years we will see the largest intergenerational transfer of wealth. It is not surprising then, that financial agreements are now being used as a tool to effectively ‘quarantine’ a party’s inheritance received during a relationship.

A common provision in financial agreements will purport to exclude claims relating to inherited assets. The effectiveness of this has been tested in several cases and, it is clear that a provision excluding inheritances from consideration in future family law property disputes is effective, provided that the agreement itself complies with the relevant legislation and is binding on the parties.

How binding are they on the Courts?

The short answer is that they are binding, provided that the strict requirements as set out in the legislation have been complied with. Those requirements include each party to receiving independent legal advice about the advantages and disadvantages of entering into the agreement and the effect of the agreement on their rights. The parties will also need to satisfy their obligation to provide each other with full and frank financial disclosure.

In the same way you are advised to review your Will regularly, it is recommended that you review your financial agreement regularly and update it if a party’s circumstances significantly change, for example, following the birth of a child or the receipt of an inheritance by one of the parties.

For more information on financial agreements, please telephone our office on (02) 8014 5885 or email info@nolanlawyers.com.au.