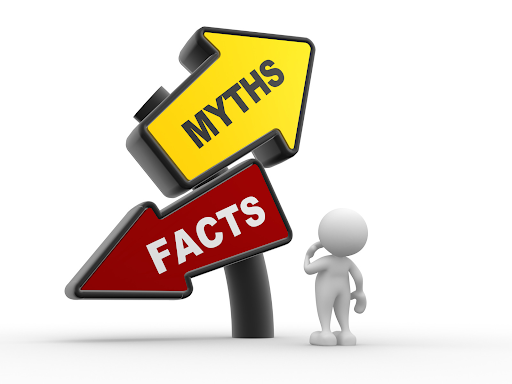 Most people know someone who has been affected by a family breakup. It is usually a very stressful and emotional time where people are anxious about the divorce, the property settlement and the emotional wellbeing and care arrangements for children.

Unfortunately this is reflected in a great quantity of inaccurate statements, often regarded as fact by those, who are often friends or family members.

Every family law situation is different and it is important that people get the right advice and are able to make informed decisions about their family and their own future before entering into any agreement or going to court.

In this article we have identified the top 5 issues where myths exist and we have set the record straight.

Myth 1: You need to be divorced before you can divide your property

There is no provision that requires a divorce to be finalised before a property settlement can be negotiated.

You are only eligible to make an application for a divorce after being separated for 12 months. Once you have separated, you can immediately start negotiating a property settlement.

If you have already divorced, you have 12 months from the date of your divorce to finalise your property settlement or commence court proceedings.

Myth 2: I owned it before we got together, so it’s mine if we separate

A person will not necessarily be able to keep assets in their own name that they brought into the relationship or that were paid for by that person without contribution by their partner or spouse during the relationship.

People usually negotiate a settlement based on what a court might order in their situation if they were to go to Court. That involves going through a four-step process:

It is a discretionary area of the law and the Court will attach such weight to the contribution factors as they see fit. For example, a Court may give greater weight to an initial financial contribution by one party in a very short relationship which may result in that party retaining an asset that they brought into the relationship.

Myth 3: Property will always be split 50/50 in a property settlement

This is usually the most common myth in family law. There is no rule or presumption that parties have to divide their assets equally when they separate.

As outlined above there is no universal equation applied, property settlement is based on the unique circumstances of each matter and the discretion of the Court in deciding the matter.

The percentage outcome depends on many factors, which include:

The longer the relationship, the more likely it is that the Courts will consider the contributions and future needs of the parties as being equal.

Myth 4: The assets are held by a company or trust, so they are excluded from a property settlement

When a marriage or de facto relationship breaks down property can be divided between the parties.

The definition of “property” under the Family Law Act is very broad. In the case of assets owned by a company or trust the Courts will look at who has control over the company or trust. Even if a person is not a director, if the entity is under the control of one of the parties the Court has the power to deal with the assets as an asset of the marriage.

Myth 5: Pre-nuptial agreements are only used in the USA

The use of Pre-nuptial agreements or “pre-nups”, as they are often known, has been popularised, sometimes sensationalised by their use in the USA. There have been plenty of newspaper stories and even movie storylines about them and their enforceability.

So, do we have them in Australia?

In fact, we do. In Australia they are known by the somewhat less sensational name of Binding Financial Agreements or BFA’s.

A BFA is often used as an asset protection mechanism by people going into a new relationship or marriage allowing a couple to agree in advance on an acceptable division of assets. After a relationship breaks down, a BFA can reduce the financial stress of a separation and allow the couple to amicably separate and divide their assets without the need for costly, time-consuming and stressful litigation.

BFA’s must be properly drafted and executed to ensure that they are able to be enforced when required. It is a requirement that each party obtain independent legal advice in relation to the agreement.

If you know someone who may need assistance or advice on how to proceed please call on (02) 8014 5885 or email us info@nolanlawyers.com.au