Social media and family law: think before you post! 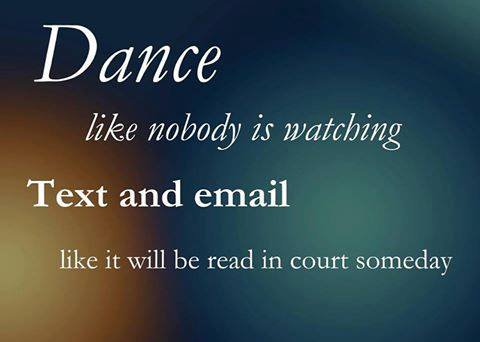 Social media – Facebook, Instagram, Twitter, Snapchat and the like – have become an accepted part of modern life. Many of us use such forms of electronic communication to share exciting news in our lives, to express our views and to stay in touch with friends and family. But what happens when people going through a relationship breakdown take to social media? Usually little good comes of it and sometimes it can have a detrimental effect.

If you are going through a separation, you should expect your former partner, their lawyer or the children’s lawyer to search social media to see if they can find out anything damaging about you that could be used as evidence. For example, if you are involved in a financial dispute and might be claiming that you cannot afford to pay spouse maintenance or increased child support, it would probably not be a good idea to share on Instagram photos of your latest holiday or new car.

Similarly, when involved in a parenting dispute, you would be wise not to post to Facebook or Instagram about your latest “big night out”, especially if the children were in your care at that time.

When making a decision about where children are to live and with whom they are to spend time, the Court considers the ability of the parents to communicate and cooperate with one another. So, it is unlikely to assist if the Court is shown evidence of abusive or derogatory posts that you have made on social media about your former partner.

Of course, many people have social media privacy settings which limit the information that can be seen by non-“friends”. If you haven’t set your social media privacy in that way, you would be wise to do that while you’re sorting out the issues arising from your relationship breakdown. However, even with tight privacy settings, it’s still better to be very careful about what you post, or just don’t do it at all.

The Family Law Act prohibits the publication, including by electronic means, of information relating to family law proceedings which identifies the parties involved, people associated with those parties or any witnesses. Anyone who breaches that rule is guilty of an offence, the maximum penalty for which is 12 months imprisonment.

That prohibition has unfortunately not prevented some people involved in family law proceedings from using social media against their former partner, by carrying out a campaign of cyber-bullying against their former partner, his or her lawyers, the children’s lawyers and the judicial officers involved in the case. In two recent cases involving such unlawful social media publication, the Court focused primarily on two things.

In both cases, the Judges commented on the difference between unlawful publication of information about family law proceedings in a one off newspaper article, for example, and publication on the internet, which is and remains available for quick and easy access by anyone, anywhere, at any time.

In one of those cases the offending parent was ordered to remove all references to the parties and the proceedings from the website he or his family had set up to cyber-bully the mother and to expose the lawyers and judges involved in the case as “corrupt”. In addition, the Court ordered the Federal Police to investigate whether the father had committed an indictable offence.

Similar orders were made in the other case in which the offending party had used Facebook to denigrate the mother and her lawyers, the Court, the Department of Community Services and the children’s lawyer.

We advise our clients to be very careful about what they post to social media while in the process of finalising their family law matter. If you or someone you know wants more information or needs help or advice, please contact us on (02) 8014 5885 or email info@nolanlawyers.com.au.