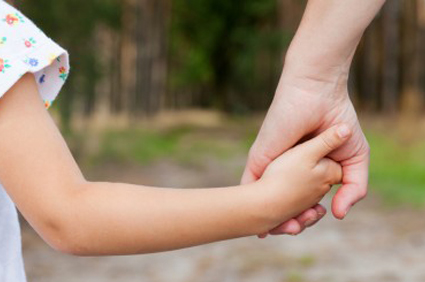 We all remember the infamous Vincente sisters custody battle that played out in the media in 2012, after the Family Court of Australia ordered that four girls be removed from their mother’s Sunshine Coast home and returned to live with their father in Italy. We are now being subjected to yet another international custody dispute, with Sally Faulkner recently attempting to take custody of her children from their father in Lebanon.

While we still don’t know the full story, Australian media reports reveal that Ms Faulkner engaged the assistance of an international child recovery agency to recover her children, aged 5 and 3, from their father Ali Zeid Elamine in Beirut, Lebanon after he refused to return them following a holiday. Lebanese media reports reveal that Ms Faulkner agreed to the children living in Beirut with their father and that she only made the recovery attempt after Mr Elamine stopped paying child support. It is also reported that Ms Faulkner had not seen her children since last year and had only spoken to them over the telephone a handful of times.

Lebanon is not a signatory to the Hague Convention on the Civil Aspects of International Child Abduction which provides the legal procedure for abducted children to be returned to their “country of habitual residence“. The Convention is only effective in countries that are signatories. Lebanon and Australia are however parties to the reciprocal Agreement Regarding Cooperation on Protecting The Welfare of Children. This Agreement assists parents to resolve disputes about children residing in either country. The Agreement follows the provisions of the Hague Convention and specifically recognises that “the best interests of children are treated of primary importance in matters relating to parents’ rights of custody and access to their children“. We do not know whether or not this option was explored by Ms Faulkner before the attempted recovery.

On the one hand we can understand Ms Faulkner’s actions are that of a desperate parent who felt she had no other option. On the other hand, imagine the public outcry if Mr Elamine had arranged a similar recovery action to take place in Australia. And while you may be able to sympathise with the actions of a desperate mother the same cannot be said for the serious lapse in judgment and ethics of a seasoned crew of journalists getting involved in an international kidnapping for the sake of a good story.

It is a very complex issue but there are procedures in place that are premised upon what is in the best interests of the children. Unfortunately these procedures can drag out and the result is often a lengthy separation between a parent and their child until the matter is ultimately determined by a Court. Both of these cases highlight the challenges of families who have international ties and the risks associated with children travelling overseas with one of their parents following separation.

Contact Nolan Lawyers if you are concerned that your child may be taken out of Australia without your permission. Even if your child is travelling to a Convention country, if you have concerns about the travel plans, you should speak to us about the ways you may be able to ensure that your child returns safely to Australia.